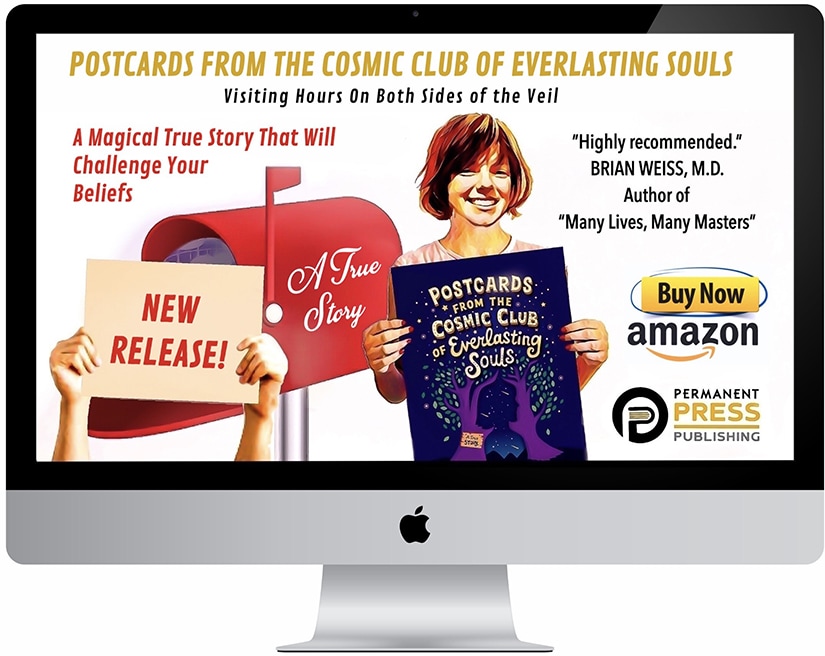 At 21, Marina Day received disarming news. A daunting diagnosis left her feeling thunderstruck, and questioning her future as she battled for her life.

As luck would have it, though, her uncle Michael could relate. Having conquered a life-threatening challenge of his own, he was uniquely fit to offer guidance and support. A psychic bodybuilder with a quick, unbridled wit, he didn’t look—or act—the part that he agreed to play. And yet, to be a sounding board and ally for his niece, he made himself available for pep talks on-demand, and traveled to the hospital routinely during her stays.

Moreover, when her fears and doubts began to escalate, he dutifully responded to her questions and concerns. Like “Why do people cling to indefensible beliefs? Why do bad things happen, and what purpose does it serve? How can people worship God and do ungodly things? What happens when we die, and can we influence our fate? And if there is a destination for departed souls, can they communicate with us in an explicit way?”

Disheartened after suffering several setbacks and defeats, Marina also entertained the prospect of her death. And then, she vowed to wire her uncle from the Other Side. “If there’s an afterlife,” she said, “I’m going to give you proof. I’ll send a sign —a clear one—that’s specifically for you. One that you’ll discover in an unexpected way, and won’t be able to explain, dismiss, or overlook.”

In light of this, the story takes a fascinating turn, resulting in an outcome with an otherworldly gift.

This story will invite you to rethink how you view death, as well as how to best support a loved one in decline. It also lightens heavy hearts and opens rigid minds, revealing that, without a doubt, we’re more than we may seem.